Dionisiou is a village that has 1303 inhabitants who multiply during the summer as the village represents a “summer’s refugee” for thousands of tourists.

The seaside settlement absorbs a great part of the region’s tourism. It has a model street planning, as it’ s built along Thermaikos Gulf and it has a clear sea.

The visitor can spend a day in Dionisiou, enjoying the sea, taking a walk on the beach, and finally tasting delicious snacks in one of the many taverns or going to one of the village’s bars.

It was built in 1923 by refugees of the Eastern Thrace (region of Tsanakale). At the beginning it was consisted of the settlement that was built in the Metohi of the Dionisiou Monastery, from which it was named after. 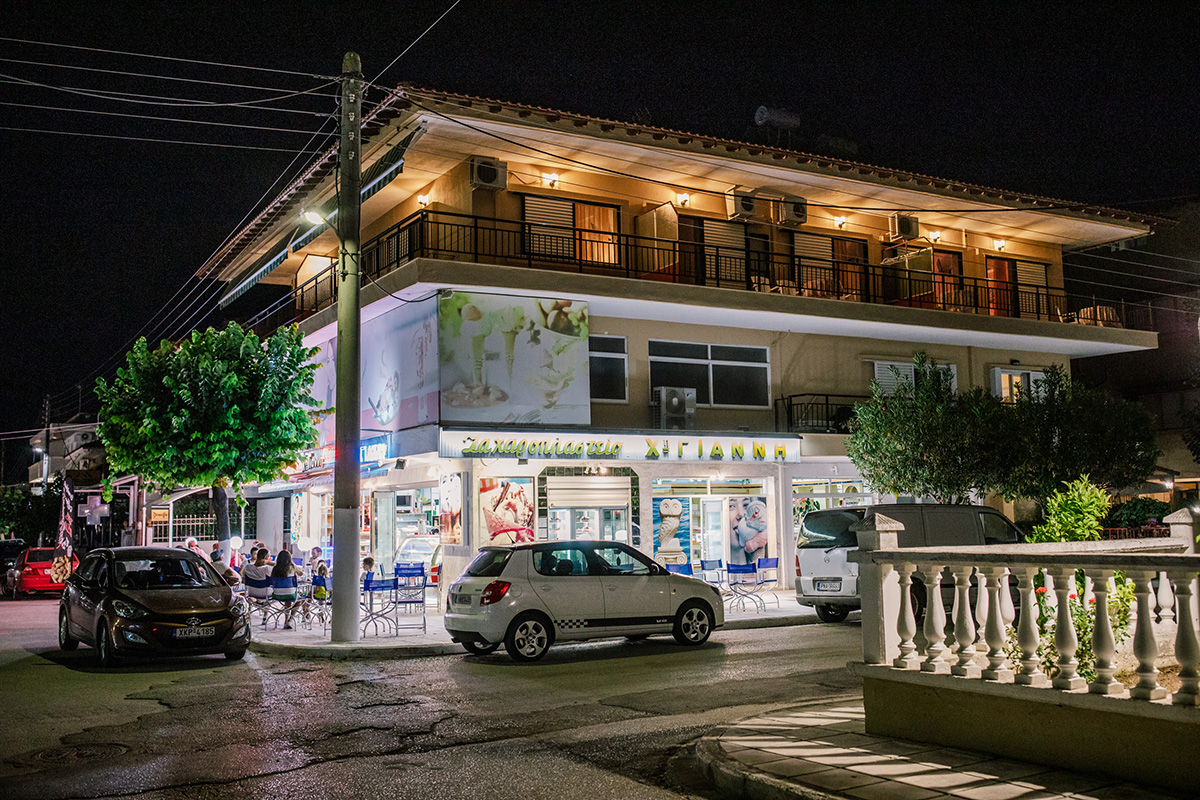